This is Peter, one of the main characters of The Order of the White Guard, in his transformation from human to his monstrous Faol Mohr beast form. 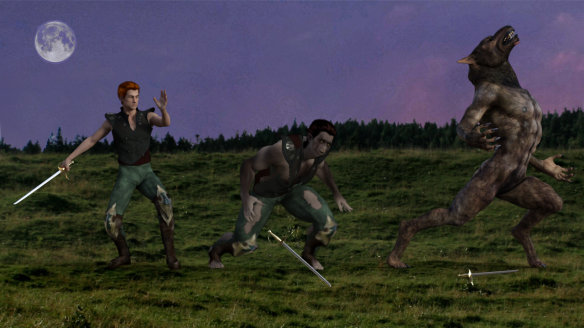 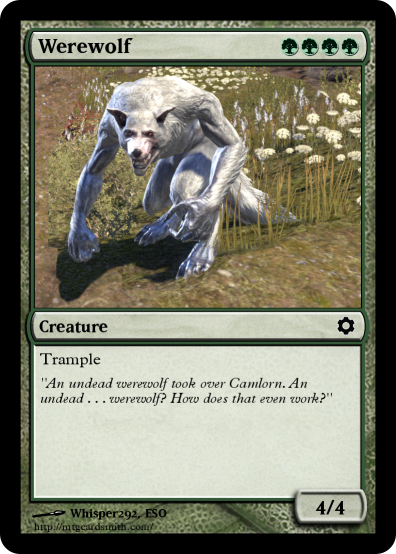 Although there are plenty of werewolves to kill in the game, the player can also become a werewolf.

Collaboration with the hubby.
Photomanipulation by me.
Screenshots © 2014 Zenimax Online Studios.
Card created at www.mtgcardsmith.com 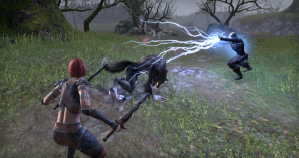 When Amelia approached the camp, it was all she could do not to turn and flee. A large number of Lion Guard soldiers stood outside, and by the gate stood him—her father—along with a soldier whose armor suggested he was a Lion Guard officer, and a robed mage, an Altmer who towered over all the Bretons and looked out of place. But she didn’t run away. She had meant it when she had told Chamberlain Weller she was no longer afraid of the man. She refused to let him intimidate her ever again.

END_OF_DOCUMENT_TOKEN_TO_BE_REPLACED 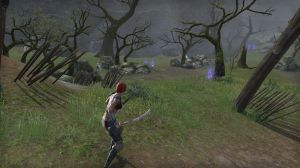 At the center of the vast swamp of Glenumbra Moors lay the site of an ancient battle between the Direnni and the Alessians. They called it a fort, but there really wasn’t much to it except for a few rotting log walls and a cave with a heavy door. Today it was teeming with people, mostly mages, who stood outside the gate, peering onto the battlefield or casting spells. A large tent stood off to one side, and smaller ones were placed nearby.

An officious-looking orc stood near the gate, and Amelia went up to her. “I’m looking for whoever is in charge,” she said. “I’m from Aldcroft.”

END_OF_DOCUMENT_TOKEN_TO_BE_REPLACED 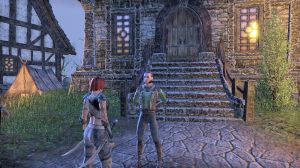 It was raining when Amelia arrived in Aldcroft, although in her mind, even the rain couldn’t make the place more depressing. The townspeople would say it was a thriving hub of the shipping industry, but while cargo ships did indeed dock there, the village itself was a sty: a few hovels centered around an open-air market and dock area, with a lighthouse off to the south and a handful of campsites thrown in for good measure. A dozen or so decent houses were scattered here and there, but they only served to make the rest of the town seem more desolate. It rested at the southeastern edge of the Glenumbra Moors; and with Iliac Bay directly to the east, there wasn’t a lot of dry land, only a series of small islands connected to each other by footbridges. Two roads led out of town and met up with major thoroughfares that connected it to Daggerfall and Camlorn, but both were rife with crocodiles. The humidity was oppressive year round, not to mention the stench of wood rot and fish. She had been used to it growing up, but it was amazing how being away for a few years could make a person forget. Either that, or it had gotten worse over time.