Here is a screenshot of Marie and her BFF Geoffrey, relaxing on a boulder in the middle of the river. The pair would do pretty much anything for each other and pretty much have. 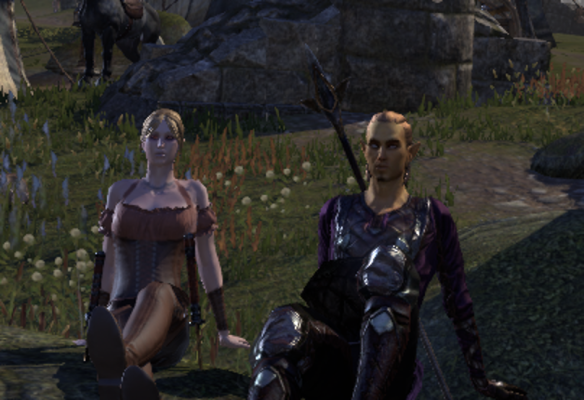 Here are a few screenshots from our beta weekend. First is a shot of my character, Kaaewnyth, and the hubby’s character, Betath Anyu. 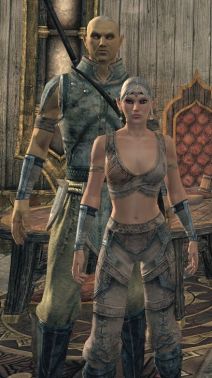 There’s a tale to go with this next one. The hubby has a nasty habit when I’m playing Skyrim of taking all of my characters clothes off when I leave the computer. Or, he’ll take off everything but her bracers, so that in first person, it still looks like she’s dressed, and I don’t know until I get a kill-cam or some NPC says, “You need to put some clothes on.” I got up to go get a coke over the weekend, and the hubby stripped my character to her skivvies an set her to dancing. The guy in the picture was actively ogling Kaawenyth when she was dancing, and then he tried to friend me. The hubby and I had a nice long discussion about the difference between doing this on a single-player game and an MMO, and he’s not going to do it again. Are you sweetie? . . . Sweetie? 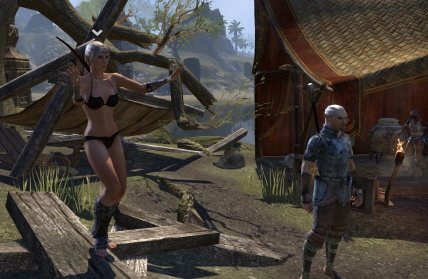