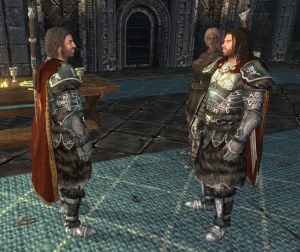 5E 20, 2 Last Seed
After months of hearing nothing but secondhand information and idle gossip about Rowan and Ben, Vilkas had decided it was time to find out for himself what was going on. He knew Ulfric had passed away and Dolff had taken the throne as Jarl of Windhelm, but he hadn’t received so much as a letter from any of them since it had happened. Rumors were rampant, of course, and when Coranil and Kaaley—whom he’d had suspicions about for quite some time—suddenly disappeared from Whiterun for several weeks, he began to plan a trip to Windhelm. Athis had refused to let him travel alone, so the two of them had set out a few days ago, and they arrived at the Palace of the Kings just after noon.

END_OF_DOCUMENT_TOKEN_TO_BE_REPLACED 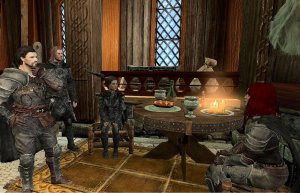 The sun was high in the sky, and the Companions were enjoying their first warm day of the year. Winters in Skyrim were long, and the warriors were used to training in sub-zero temperatures, but the balmy weather made the courtyard activities much more pleasant.

Rowan was sparring with Ben, whose swordsmanship had improved quickly when he had started practicing again. At this point they were pretty evenly matched, at least if they were fighting with two swords. Rowan still had trouble when wielding one blade.

END_OF_DOCUMENT_TOKEN_TO_BE_REPLACED 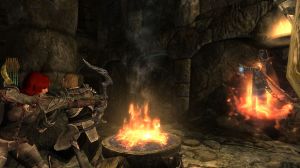 The location Quintus had marked on the map appeared to be a cave, but several Nordic burial urns and vases littered the area by the entrance. Rowan checked the urns, but as expected, they were empty. They found a chest in a cart just inside and looted it for a gem and a handful of gold pieces. Farther in, they encountered a frost troll.

END_OF_DOCUMENT_TOKEN_TO_BE_REPLACED 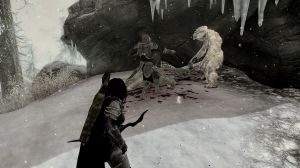 The cat was out of the bag, and Dagur Ice-Shield was no more. A resident of Windhelm had visited Whiterun and recognized Dolff, and he had not been subtle about it. Within fifteen minutes of the meeting, everyone in the Plains District knew who he was, and half a day later, all of Whiterun knew.

Dolff was not happy.

END_OF_DOCUMENT_TOKEN_TO_BE_REPLACED 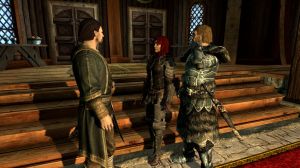 Ma would probably kill him herself if she knew he was traveling without a companion, but Ben set out alone from Winterhold the next day. When she admonished him about it and he arrived in Whiterun without incident three days later, he would say, “See? Nothing bad happened.” She’d never believe him. But it was true; he had a fairly uneventful trip from Winterhold to Whiterun.

Okay, except for the bear. But it wasn’t like he’d never killed a bear before.

And those bandits. But she and Da had taught him well. He snuck by them, and they never even knew he was there.